Keeping with the theme of spending time in the sun, I thought it would be a good idea to do some shadow work with Rose and Tulip.

I set a number of questions then came up with some ideas that would help them find the answers. 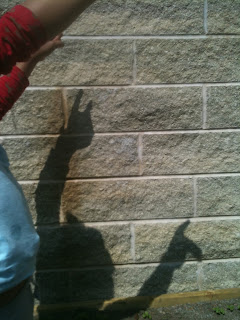 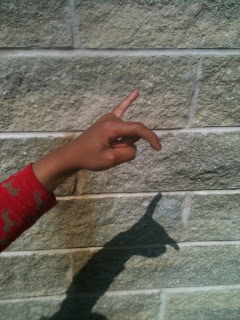 They discovered that shadows are made when light is blocked, their hands had light on one side but were dark on the other.


Question - Why do shadows move?
Activity - Living Sundial.
We drew a 'foot' position on the ground so they could always stand in the same spot then proceeded to draw around their shadow and write the time of day next to it. I asked them to make a note of where the sun was and repeated the activity at hourly intervals throughout the day. 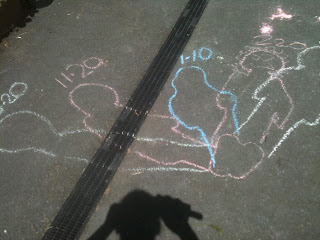 They discovered that the shadows move because the position of the sun (the light source) changes during the day and that light travels in straight lines. This also lead to a discussion about sundial clocks and a trip to the local park to look at one in action.


Question - Why are shadows black?
Activity - Shadow Casting.
They had to select a number of objects from my 'shadow box' and observe the shadows they cast. I did cheat and add a few transparent items (easily seen through) to my opaque items (Impenetrable by light). 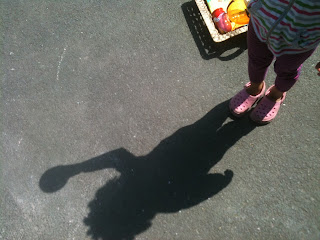 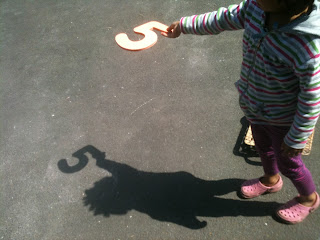 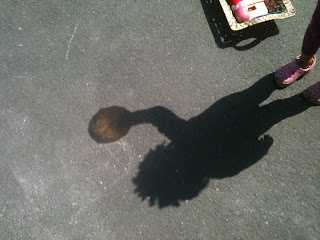 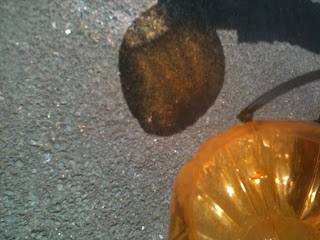 They discovered that light cannot travel through opaque items (they block all the light) so you are left with a dark shadow but the transparent items let some light through so resulting in a coloured shadow.

Linking up at After school party

Posted by Zelda at 06:21
Email ThisBlogThis!Share to TwitterShare to FacebookShare to Pinterest
Labels: K1, pre-school, science

Great exploration! I'm featuring this tomorrow at the After School Linky Party (deceptivelyeducational.blogspot.com). Stop by to check it out and share more of your amazing ideas!

I especially love the living sundial activity. I know so many children who love sidewalk chalk--and this is a great way to pique their interest in learning.